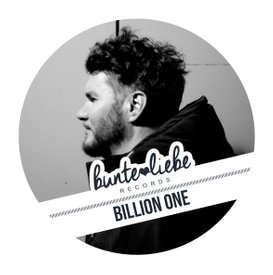 Billion One is an experimental musician and producer from germany (Oldenburg) who has been making music under this name since 2011. His style is a mixture of abstract beats, shoegaze melodies, poststep, slow house, samples and intricate sounddesign.

Some tracks and remixes have been released on lables like ''Pegdoll Records'', ''Samplefriends” and ''Heifirec.''. He is a multi instrumentalist and can play a range of of instruments such as drums, piano, glockenspiel, synthesizer and more which he incorporats into his live shows. His live performances are characterized by a special atmosphere. Selected Visuals expand his audio performance according to the particular sound. Technically convinced Billion One with synthesizers, controllers and drum pads. He has played shows at the Dockville Festival in Hamburg, the Pazz Festival Oldenburg (with Robot Koch….), at the event Deduitse Ambassade (with YYXYY) in Groningen, the Polyestival (with Hope, Children...), at the Freifeld Festival 2013/2014 (with Kafka Tamura...) at the Breminale. Other shows: Pudel Club //Hamburg (with Kirrin Island), Astra Stube // Hamburg (with The JuJuJus), Urlaub // Bremen, Polyester // Oldenburg (with Analogue Birds, Nichtfreund, Poly Z), Umbaubar // Oldenburg (with Freeda Beast), Metro // Oldenburg, European Media Art Festival // Osnabrück (with Orson Hentschel and Hodini aka HulkHodn), Asap Festival // Hamburg (with La Boum Fatale. Matvrak, Peter Paasch, Oak, Muutes, The JuJuJus...) Billion One is made up of “analog” and "field recording" sounds together to give his songs a natural sound. He himself describes his music as “SamplEmotionalStep”. His records ''O/S/T'' (2016) und “Mosaic” (2018) are released on Pegdoll Records..